Side dish season starts NOW! What dish will you be cooking up this Fall Season in preparation for the big Thanksgiving feast?? Try this easy scalloped potato with leek recipe out and see if its a fit for your family! END_OF_DOCUMENT_TOKEN_TO_BE_REPLACED 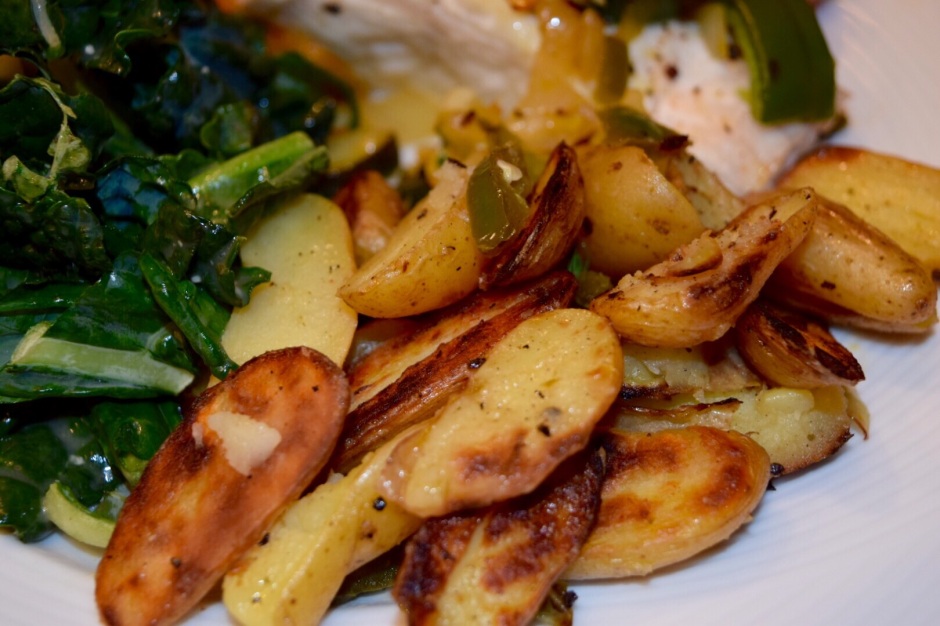 With summer approaching, well in SoCal it already has, T.W.O. wanted to fire up the BBQ and grill some potatoes for their weekend dinner.  It’s a great side dish to your meal that is a new spin on traditional potato salad.  It’s warm, spicy and refreshing….what else can you ask for?

– As adapted and modified from Food and Wine-

It’s getting colder outside, so let’s get warmer inside by making a large pot of soup! T.W.O. loves to cook soup during the chilly, winter nights- especially this Chicken Vegetable soup we grew up eating. We felt a little nostalgic and decided to cook it up one rainy night. It’s simple, tasty and makes for great leftovers! Give your tummy a little warmth and give this recipe a try! You won’t be disappointed.

First, wash and clean the chicken. Butterfly the chicken by cutting down the along the backbone of the chicken. Place chicken into a large pot and season chicken with some Lawry’s season, Italian seasoning, salt and pepper. Fill pot with enough water just to cover the chicken and bring to a boil.

Once the water is boiling, turn down to a medium-low heat. Chicken should cook for about 1-1.5 hours or until the chicken meat pulls away from the bone. 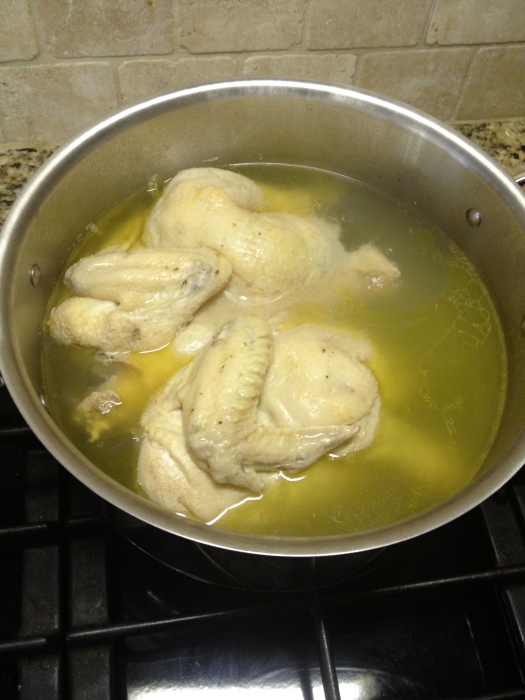 While the chicken is cooking, begin chopping the carrots, spinach, and potatoes. You also might want to cut up the tomatoes into smaller pieces if they are too large.

Once the chicken is cooked, take the chicken out of the pot and allow it to cool. Strain your broth by running it through a sieve or colander. 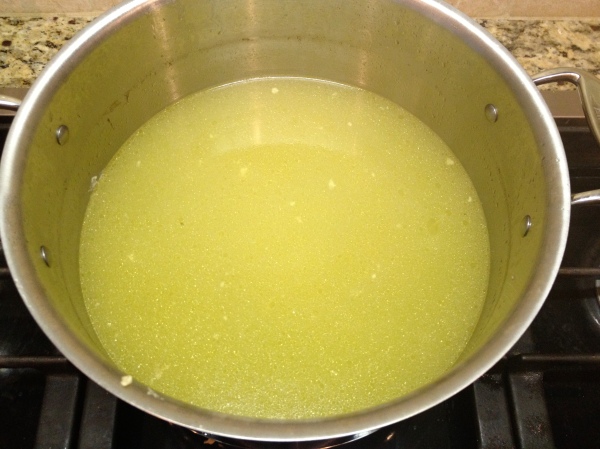 Next, cut up the chicken into chunks. Bring the broth to a boil and throw in the vegetables, potatoes and chicken. Once to a boil, reduce to a medium-low heat. Allow the soup to simmer for about 20-40 minutes.

Potatoes make a great side dish, but sometimes, well- they can just be so bland. T.W.O. decided to change things up a bit and make Potatoes Au Gratin! And wow, was it a hit! The ingredients are simple, but the flavor is so delectable!

In a small saucepan, combine the broth, cream, garlic and basil. Bring to a boil. Take it from the heat and let the flavors infuse as you assemble the potatoes.

Heat the oven to 350°F. Spread about one-third of the potatoes in the bottom of a 2-qt. gratin or heavy baking dish. Season with salt, pepper and nutmeg. Layer with 1/3 of cheese. Top with another one-third of the potatoes, season with salt, pepper and nutmeg again. Layer with another 1/3 of cheese. Arrange the remaining potatoes on top and season.

Put the gratin dish on a baking sheet to catch any spills. Pour the cream mixture over the potatoes. Sprinkle with the remaining cheese.

Cover the dish loosely with foil and bake in the oven until the potatoes start to get tender, about 30 minutes. Remove the foil and continue baking, basting occasionally with the liquid in the dish, until the potatoes are very tender when pierced with a knife and a golden crust forms on top. This will take about another 30 to 45 minutes. Let cool for about 15 minutes before serving.

Lago di Como
Bermuda 🇧🇲
Never a bad day out on the water, especially if you have good people, sun, salty water and some drinks!
Strolling through London once again 🇬🇧
Postcard from La Fontelina. 🇮🇹
Ischia 🇮🇹. Where the Italians holiday. Two days well spent, many more to come! Travel guide posted!
Title: Professional Beach Club Hopper
A postcard from Saint-Tropez. 🇫🇷 Guide to this glamorous town is live tomorrow morning at 8am PST.