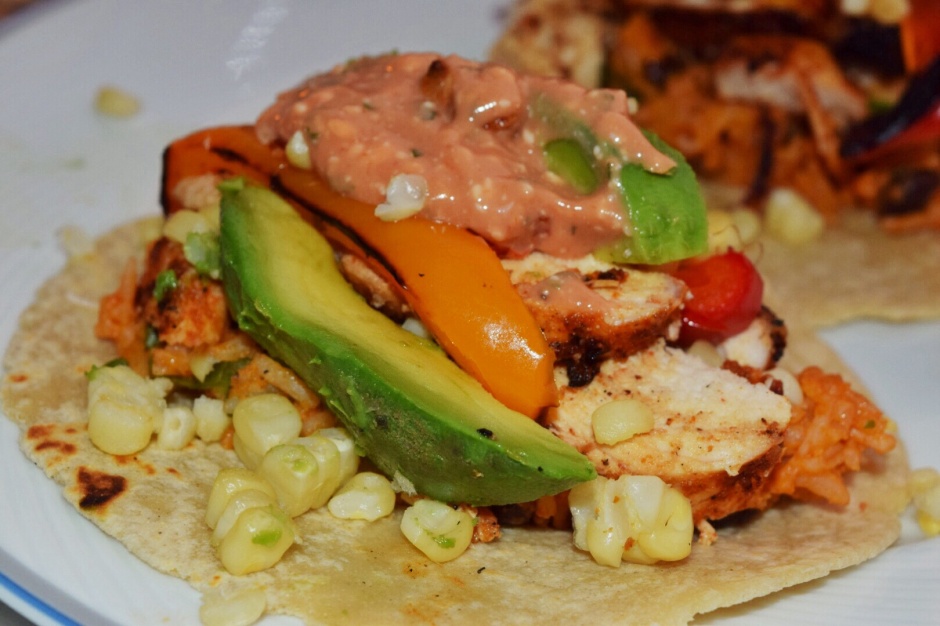 Love fajitas!? Love enchiladas? We do too! So we decided to combine them into one recipe! This dish is perfect for a summer time meal and won’t let you feeling guilty! The preparation is simple, quick and mouth-watering! Steak or fish could also be used as the protein. You won’t be disappointed!

Directions:
1. To make the Tex-Mex sauce, add the ketchup and cream cheese to a bowl. Whisk until smooth and then add the brown sugar, chipotle peppers, cilantro and lime juice. Season with a pinch of salt. Cover and keep in the fridge until ready to use.

2. Heat up the BBQ. Add the chicken to a bowl and toss with the taco seasoning. Place the peppers and corn on a plate and rub with 1 tablespoon olive oil. Place on to foil for the grill.

3. Add the chicken and veggies to the hot grill and cook until done. Make sure to check the veggies and flip a few extra times to ensure even cooking. Remove everything from the grill and allow the veggies and chicken to cool five minutes

4. Meanwhile start making the rice. Add the cooked rice to a large skillet with 1 tablespoon olive oil. Toast the rice for 5 minutes, stirring often to ensure even browning. Add the enchilada sauce, Greek yogurt and cheddar cheese. Bring the mixture to a low boil and cook, stirring until the cheese is melted and the rice is creamy, about 5 minutes. Add more cheese if you desire. Stir in the black beans, cilantro and green onions. Keep warm until ready to serve.

5. Slice the peppers and use a sharp knife to remove the corn kernels from the cob. Add the veggies to a bowl and toss with the cilantro and lime juice. Slice the chicken into strips.

6. To assemble add the cheesy rice to the center of a warm tortilla. Add the chicken and peppers. Garnish with fresh cilantro and diced avocado. Drizzle with the Tex-Mex Special Sauce. 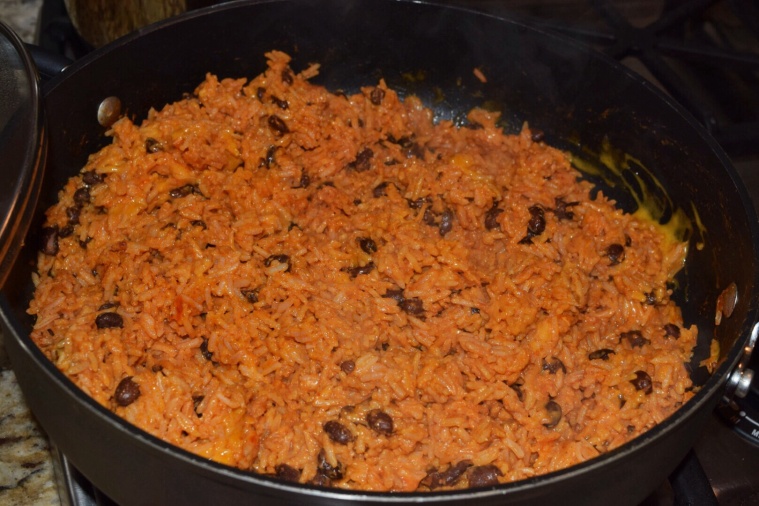 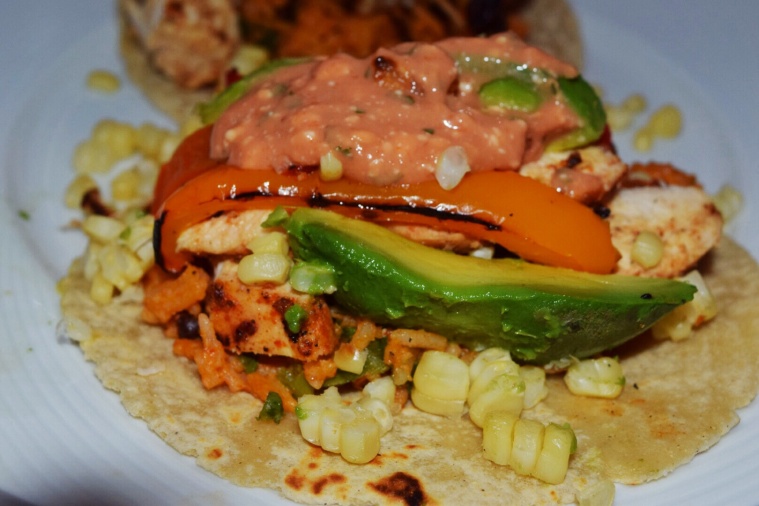 #tbt to traveling 3 miles down the road for a fun day @pelicanhillresort . 3 miles felt like a thousand....this is #2020
Locals summer ☀️ making the most of 2020 and looking forward to 2021 🙌🏼
Dreaming of travel, beach club hopping and aperol spritz in foreign places....
Mother’s Day 2020 ☀️
It’s unknown when travel will get normal again, but after being grounded these past couple of months we focused on staying healthy and helping out our loved ones. Greatly appreciate all the healthcare workers out there and research that’s going on behind the scenes.
#tbt to summer holidays on the Italian coast. 🇮🇹 #puglia
#tbt when social distancing wasn’t a thing. 🙏🏼 for an end to this pandemic. Together we are ONE 🌍!
Strolling the streets of Marylebone, you stumble upon mews like this. Who wants to be our neighbor? 🇬🇧