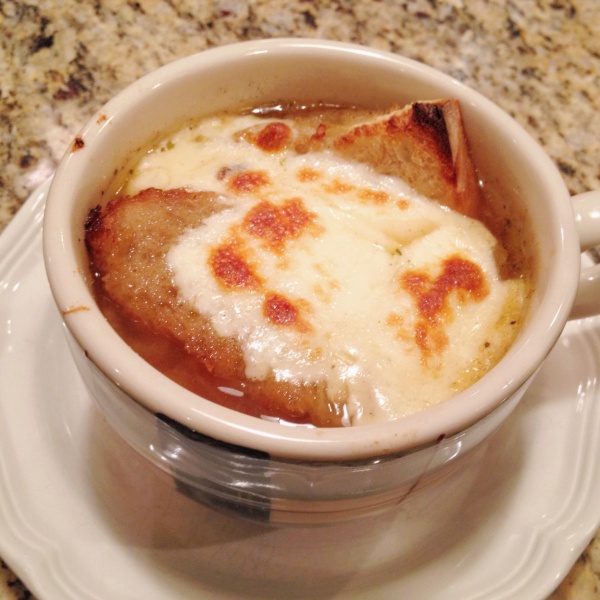 There are only a couple places that we like to go for French Onion Soup, but we can assure you that nothing beats T.W.O.’s French Onion Soup! It’s savory, light and healthier than most recipes! Every minute cooking it will be worth it in the end!

*The secret to this recipe is the broth.  T.W.O. used the broth from their seven-bone roast they cooked a couple nights before.  The meat was seasoned with Montreal Steak seasoning and onion soup mix.  Make sure to strain the broth before using it for your French Onion Soup!

Sautee the onions and garlic in olive oil for 8-10 minutes or until soft.  Add salt and pepper to taste.

In a pot, bring the beef broth to a boil.  Add the garlic and onions.  Slowly stir in the beer, balsamic vinegar and fresh pepper.  Cook on high heat for 1 minute.

Bring the temperature down to low and cover the soup.  Cook for about 40 minutes to 1 hour.

Place the soup in the oven and broil for about 3 minutes or until the cheese browns a bit.  Remove from the oven and place on a plate so you don’t burn your hands! 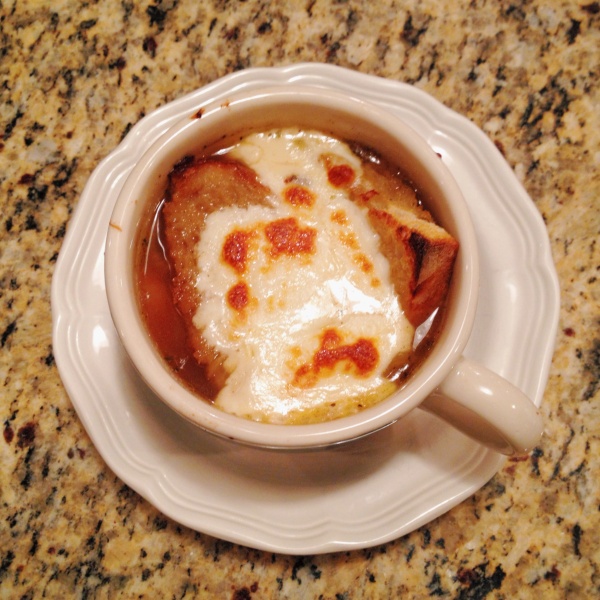 A bit Rome sick today. Missing this historic city and the beautiful monuments. Top 3️⃣ favorite sites:
Regola district in Roma is our favorite area to stay. It’s home to chic boutiques, delicious eateries and piazzas. Some of our favorites are:
Pareo. Linen. JL Hat. Da Costanzo Sandals. Fendi Tote. The Holiday Uniform. 🇮🇹
Lido hopping in Capri is fun even with all the steps down and back up to Capri Town!! Here are our top three:
Part of traveling is shopping the local designers and craftsmanship. Capri is home to our favorite sandal and jewelry makers!
Summers in Capri 💙
We CANNES check you off the list. ✔️
Saint-Tropez Beach Clubs on our mind with a side of @chateauminuty.