We stayed at the Dean Hotel, a boutique hotel located in City Centre.  Its a trendy, fun and comfortable establishment that served every purpose – sleep. eat. and entertainment.  To set the scene – the lobby had a DJ set up along with a bar and lounge area.  It didn’t stop there, the rooftop had a fabulous bar, restaurant and lounge area.  We stayed in the SupeRoom, which was the perfect amount of space for us.  T.W.O. would highly recommend staying at the Dean again.  Just a note of caution,  if you are looking for 100% peace and quiet then The Dean might not be the right hotel for you.

Located on the top floor of The Dean Hotel, Sophie’s is a great restaurant with spectacular views of Dublin and an even better atmosphere.  We had a lovely dinner – some prosecco, venison,  lamb ragu pasta and some delicious vino. Everything was tasty, but I do have to say that the setting was even better.  After we finished dinner we enjoyed the music and scene in the bar area.  It wasn’t the last time we enjoyed that space either.  Hard not to, when you were staying in the same building! Just an elevator ride away from your pillow.

This was our favorite dinner in Ireland, The Butcher Grill. It’s a small, cozy, subway tiled steakhouse that served amazing cocktails along with delicious cuts of meat.  We started off with seared ahi tuna tostados, followed by the Côte de Boeuf, mashed potatoes and grilled broccoli.  We sat at the bar and enjoyed the bustling atmosphere of the local Irish crowd.  This is a MUST for your next trip to Dublin.  Make a reservation though!

Fade Street is what locals call “the creative quarter”, with many new restaurants, coffee shops and quirky boutiques, residing in the 250 year old buildings. Fashionable, beautiful and full of character, Fade Street is one of the most diverse places in Dublin.  With our short time in Dublin, we decided on Fade Street Social (restaurant) for dinner.  Dylan McGrath is the head chef who focuses on using fresh Irish produce for simple meals.  We started out with the flat bread and each got an entree – Venison Hash and Denver cut meat with mashed potatoes.  Though the Denver cut was delicious, the venison hash was way too salty.  It ruined the dish.  We were told that the stew was the best thing on the menu and unfortunately that night they were serving it.  Needless to say, we were 1/2 disappointed.  On a lighter note – the staff at the restaurant were fabulous – we had a great waiter who took a liking to us Cali girls! 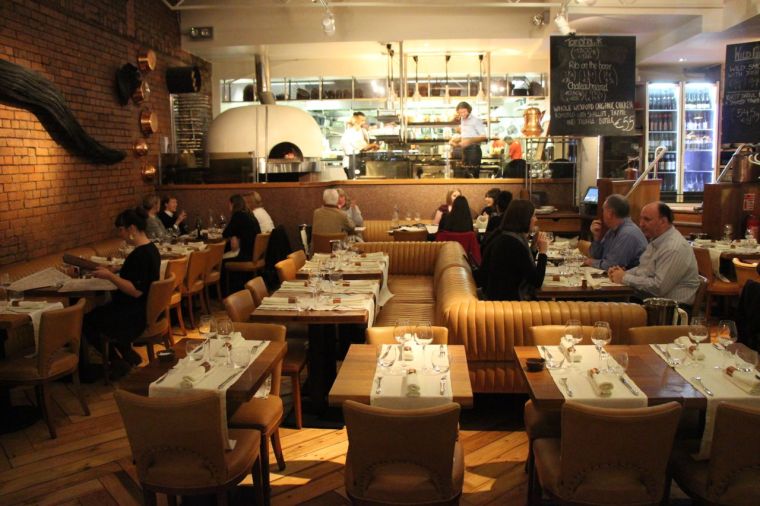 The Bar With No Name

Yep, that’s exactly what it is – The Bar With No Name .  We wouldn’t have found this hip place, if it wasn’t for our mates who told us to go here after having dinner at Fade Street Social.  There is no sign, one door and a staircase that leads up to fun! The space looks like you stepped into someone’s oversized apartment with character. 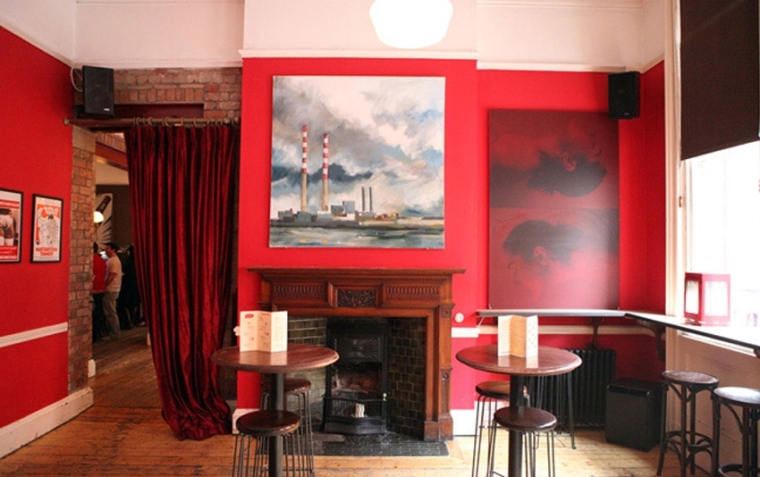 We stopped in at Taste Food Co. on William Street to grab a quick soup and salad for lunch. It was a lovely restaurant with great menu options that didn’t involve mounds of beef, potatoes or pudding.  The desserts also looked scrumptious, but we decided to save the calories for our Guinness later that day!

After dinner at Butcher Grill, we walked down Ranelagh Street to The Exchequer Wine Bar where we grabbed a glass of vino.  Surprisingly, there were a lot of California Wines on the menu at great prices.  We didn’t pick a California wine because that’s against our rules when traveling – try not to get things you can back in the states. So we settled on a nice New Zealand Sauvignon Blanc.  Hey, at least its not in the same country we live in! The Exchequer Wine Bar is a great spot to stop in and check out the space while you stroll down the popular Ranelagh Street.  (It reminded us of Chestnut Street or Union Street in San Francisco.) 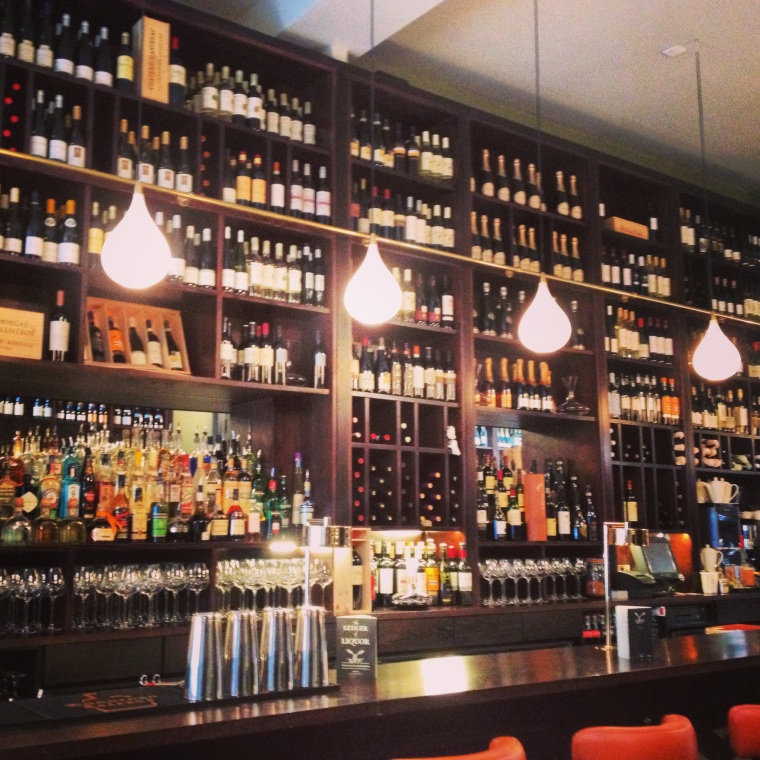 Baggot Street is known for its many pubs, and is home to the “Baggot Street Mile”, a pub crawl which consists of having a pint in every pub on both Upper and Lower Baggot Street and some of the adjoining streets, usually at least twelve pubs in number.  Though we didn’t partake in the entire “pub crawl” we did stop into Toners Pub, which is one of the oldest, most traditional pubs in Ireland.  So of course we had to have Guinness! We also stopped into Searsons the night after the horse races.  It’s known known as a meeting point for business networking and most certainly the place to be on match days. Done and Done! 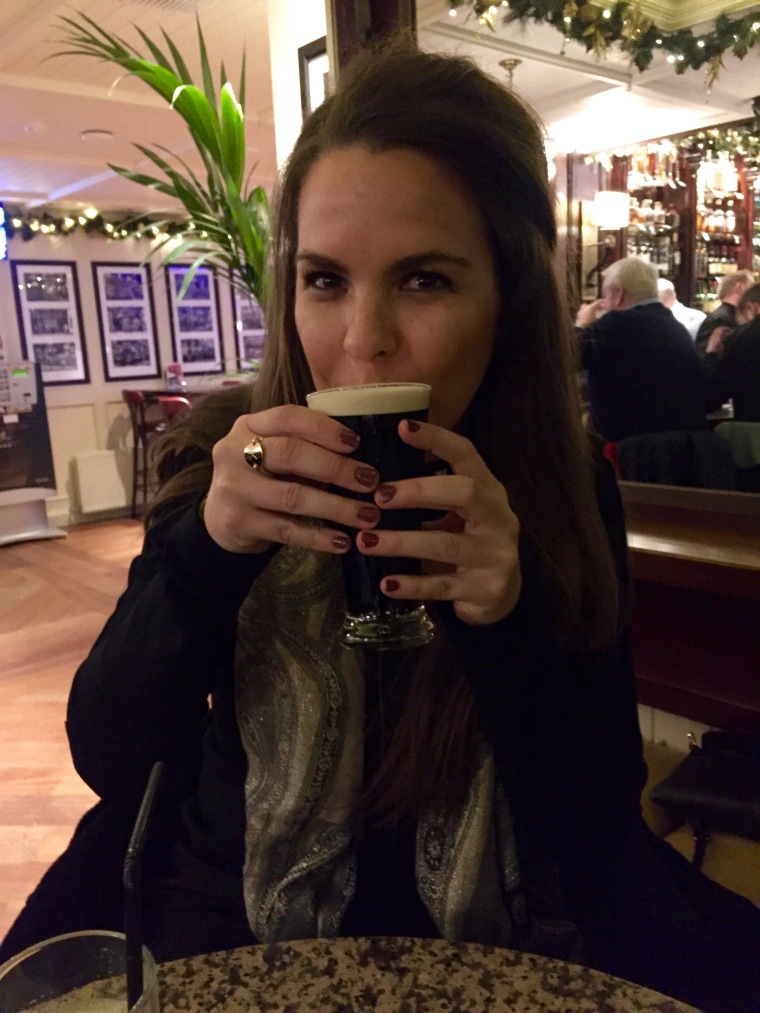 Sam’s Bar is a new bar in Dublin that offers a fun atmosphere for a night out with mates.  With it’s funky murals and vintage accents adorn this chic, spacious bar for cocktails and sharing platters.  The people watching is also pretty spectacular too.  Irish men love their whiskey! 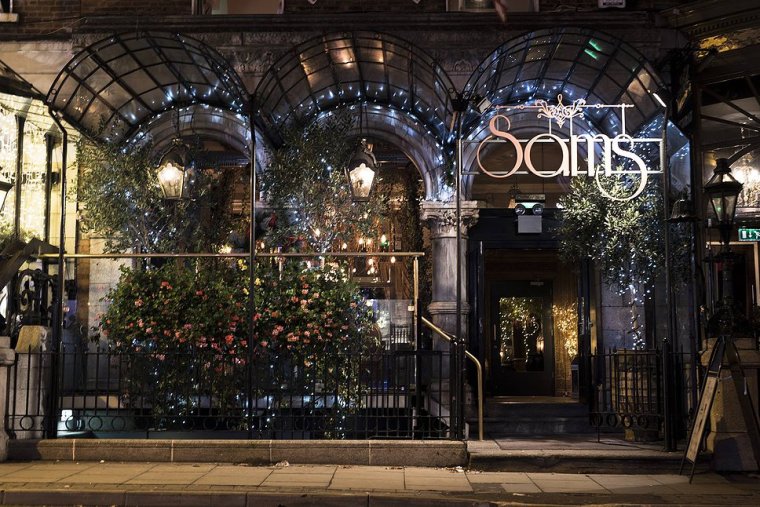 If you are looking for live Irish music, O’Donoghue’s is the place to be! It’s a small pub that serves, Guinness, Guinness and more Guinness.  It’s a small place, so don’t get overwhelmed by the crowd – think of it as cozy! This place is also special to us since we got to go behind the bar and serve some Guinness to some young lads.  Cheers! 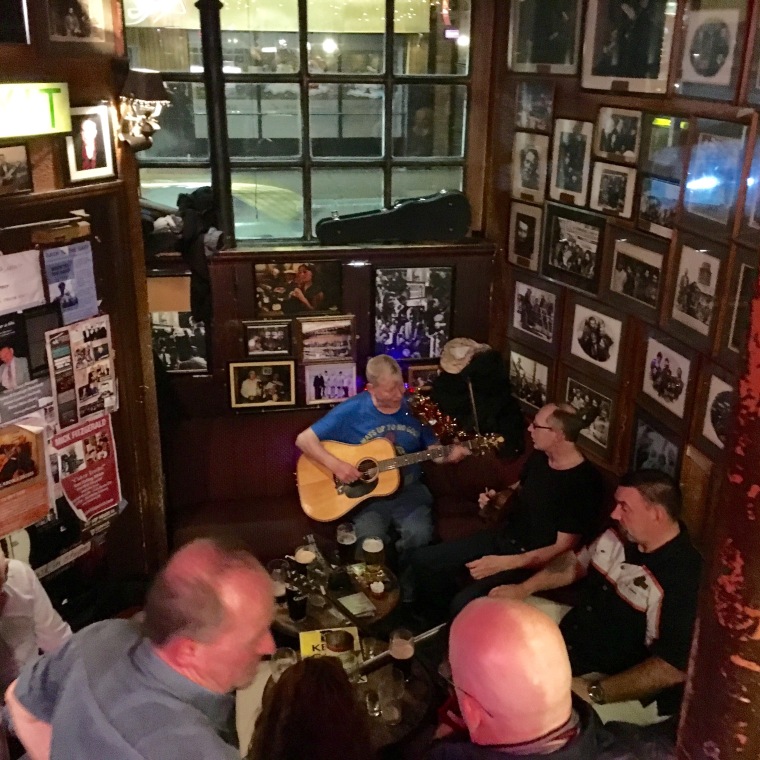 Located on Duke Street, The Bailey is a one of Bono’s (U2) spots he frequents while in Dublin. It’s contemporary bar serving a menu of tapas in a modern room with a massive portrait of James Joyce. For those of you that don’t know who James Joyce is – he is an Irish novelist and poet that contributed to the modernist avant-garde and is regarded as one of the most influential and important authors of the twentieth century. Thought we didn’t eat there, we met some mates at The Bailey to start the night.  It’s a lively place with lots of seating.

Though we didn’t eat here, we wanted to check out Market Bar since it was across the street from our dinner at Fade Street Social.  Having been a sausage factory prior, this restaurant preserved the character of the historical building by keeping the soaring ceilings and exposed brick walls.  The acoustics of the dinner guest were better than music which is forbidden in the space. 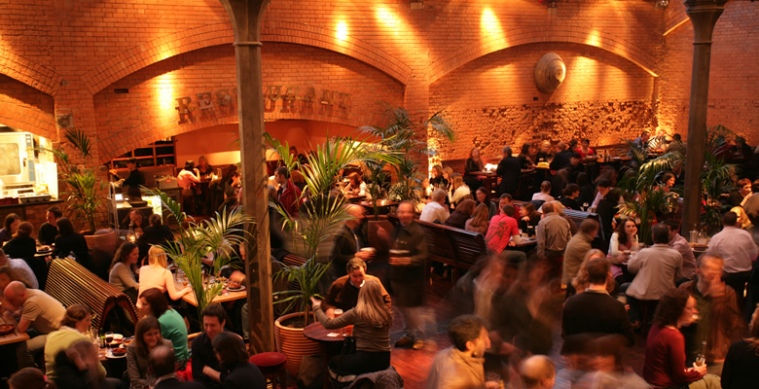