Indications to modern Brussels sprouts were likely cultivated in ancient Rome. Brussels sprouts, as we call them now, we grown as early as the 13th century in what is now Belgium.  Brussels sprouts have made their way into the American cuisine. Today, they have become a popular item on restaurant menus as well as in households. These “mini cabbages” are full of nutritional benefits and have often been considered a power food. Whether they are boiled, roasted, or shredded- they will make for a great meal.

Preheat oven to 400°F. Begin by washing the brussels sprouts and cut each in half. 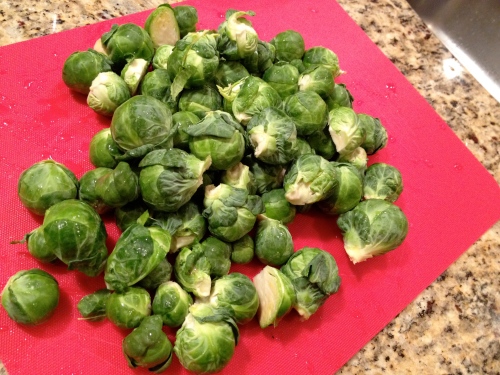 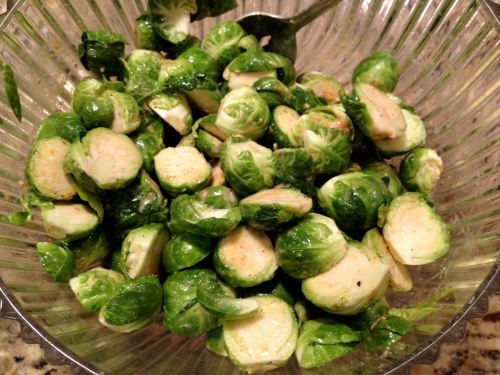 After the brussels sprouts have been coated well, spread them on a foil lined cookie sheet.

Place in oven for about 15-20 minutes. The last 2-3 minutes, put the oven on broil to crisp them. Make sure to watch them closely, for you don’t want them to burn!